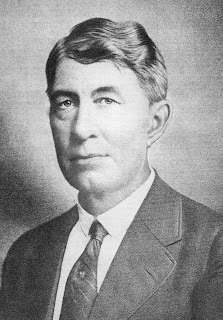 Andrew Brownlow Slimp was born to a prominent family in East Tennessee on June 15, 1862. His father, Frederick, was an officer in the Union Army during the Civil War and a Tennessee State Representative.

Following success in iron smelting, Andrew Slimp relocated to Sour Lake, Texas, where he found great success in the booming oil business. Slimp moved to San Antonio and helped start the Dixie Oil and Refining Company. When that company was sold to Humble Oil in 1916, he became president of Pioneer Oil and Refining. In 1922, he was one one of five San Antonio oil men who met with the Texas Attorney General to protest Humble Oil's alleged attempt to choke competition by cutting the price of gasoline by five cents per gallon.

Andrew Slimp died in San Antonio on November 2, 1944. A few years earlier he had witnessed the placement of the time capsule in the cornerstone of the brick sanctuary that's still in use.

He was laid to rest at Roselawn Memorial Park (now known as San Fernando Cemetery #3.) 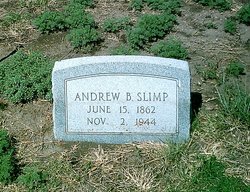