From Prison to Praise 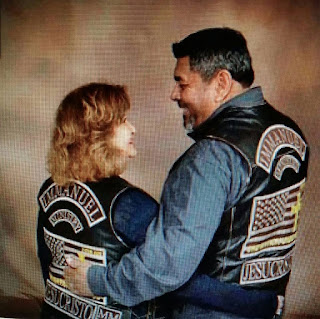 Armando took some wrong turns in life and wound up doing 17 years in prison. Gangs, drugs and violence were destroying his body and soul. It was at what he remembers as the lowest point in his life that his brother led him to Jesus through the ministry of Outcry in the Barrio. Today he lives out the words found in 2 Corinthians 5:17: “The old has gone, the new has come...”

He has been a servant of the Lord for 12 years and started Immanuel Motorcycle Ministry (IMM) to bring the gospel to others who are on the path to destruction. Twice a month he preaches at prisons in Hondo and Cuero. Armando feels a call to minister to people behind bars and the families they have left behind.

His wife, Rosalinda, serves alongside him as a leader in IMM. She began her ministry caring for women coming out of a life on the streets. Her assignments ranged from cooking and cleaning to street evangelism and leading Bible studies. Rosalinda is a member of Kairos Prison Ministry, serving at the women’s prison in Lockhart.

I met them last both last year when they attended a lecture I was giving on church marketing at Baptist University of the Americas (BUA). They had some questions about organizing and leading their motorcycle ministry. They also were interested in the ministries of Baptist Temple. Armando lived near Baptist Temple as a child and remembers the generosity we showed his family in those days. He felt that the ministry of BT meshes well with that of IMM and started working with us right away. In the last few months he has led a memorial service, a blessing of the bikes and brought a large number of volunteers for our hunger fighting efforts.

I recently received a letter from a man who will soon be released from incarceration in Hondo. He grew up in our neighborhood and remembers driving past Baptist Temple many times. He became a Christian last year and is part of a discipleship program inside the prison walls. He will be released in a few months and wants to find a church to help him in his walk with Christ. He came across some information about our church through a series of circumstances that were sparked by IMM. The Acostas will help us to disciple this man and others like him who have been born again.

Armando and Rosalinda will serve in the outreach ministries of Baptist Temple as we follow our Lord's command to “Go to the highways, and the hedges and compel them to come in, so that my house may be full...” (Luke 14:23). Their primary ministry will through Immanuel Motorcycle Ministry which will become another of the BT Campus' numerous outreach arms.

Posted by Jorge Zayasbazan at 3:13 PM No comments: 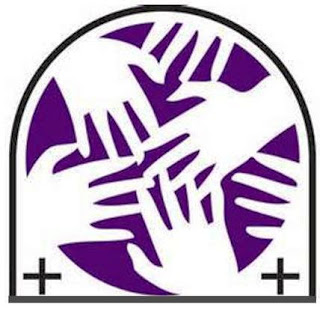 Posted by Jorge Zayasbazan at 10:27 AM 2 comments: