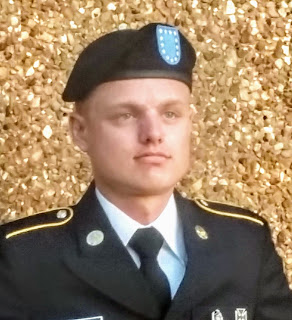 A senior at East Central High School and one of Baptist Temple's Youth Dylan Zayasbazan has accomplished much in his 18 years. He is class valedictorian and received the Academic Achievement Award twice in 2018, from both the English and the Computer/Technology Departments. He was nominated for the Princeton Book Award in 2018. His participation in the Art Club, the Green Team, Envirothon and the Math & Sciences team and his service as a Vice President of the National Honor Society have helped him to develop his public speaking skills.

Dylan has a black belt in karate, plays the piano, climbed Mt. Katahdin and has a love for pottery and sculpture. An industrious worker, he spent a summer working Shaw's Hostel, tutored math and currently works at Chick-Fil-A and the Baptist Temple nursery.

Next Fall Dylan will be attending the prestigious Cockrell School of Engineering at the University of Texas to pursue a degree in Chemical Engineering. Cockrell is ranked first in Texas and eighth in the country among engineering schools.

Dylan received Christ at a young age. His favorite scriptures are Proverbs 3:5-6, “Trust in the Lord with all your heart and do not depend on your own understanding. Seek His will in all you do, and He will show you which path to take.”

And James 1:12, “God blesses those who patiently endure testing and temptation. Afterward they will receive the crown of life that God has promised to those who love Him.” 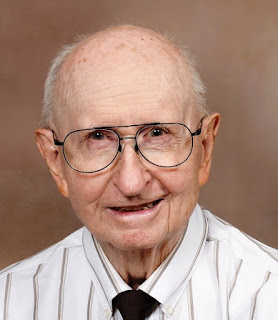 Born in 1926, Edwin Dyer has been a member of Baptist Temple almost 70 years. Nearly every Sunday he is found sitting in the second to the back row on the right side with a bright smile and kind word.

During WWII, Edwin’s family had a café that was required by the government to stay open every day to feed the Kelly Field workers. Although this wasn’t ideal, his family did get extra rations to make up for the inconvenience.

A hard worker, Edwin’s first job was running a projector at the movie theater making about $200/month (a lot of money back then!) As a high school senior, he was named the best paper boy in San Antonio for delivering the most Express-News papers and was awarded a $25 war bond.

He graduated from Hot Wells High School at 16 and was drafted into the Army at 18 as an infantry man, training at Ft. Hood. He served in the Philippines with the 32nd infantry on a crew that cleaned up after the major battles during the liberation of the islands from the Japanese. He said “It wasn’t easy.”

Finding a job was difficult after leaving the Army but Edwin was in the 52/20 club. The US government paid $20/month for a year while veterans looked for work. He finally went to school to be a lithographer/typesetter, a job he enjoyed for 41 years.

Baptist Temple's pastor at the time, Vernon Elmore, had lunch at Edwin's parents café with Sam Prestige, Minister of Music, and church member, Walter Lynn. This led to an invitation for the Dyer family to visit Baptist Temple. The family joined Baptist Temple together when Edwin was about 24 years old.

Edwin is a Shriner and his proudest moment came when he was able to facilitate the treatment of a young boy with club foot. He feels that he was a vessel for the good work that was done for that boy and his family.
Posted by Jorge Zayasbazan at 9:23 PM No comments: