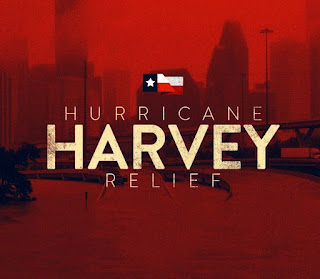 Disasters can bring out the best in us; despite what you see in post apocalyptic dramas. Neighbors helping each other and the professional first responders displayed selfless heroism in the face of the storm. They were soon supported by growing numbers of people bringing relief. Among those was Baptist Temple member, Armando Acosta, who repeatedly drove his HEB truck loaded with much needed items into the disaster area.

Other Baptist groups are making plans for the ongoing recovery effort. The Cooperative Baptist Fellowship (CBF) and the Hispanic Baptist Convention of Texas are gearing up for ongoing recovery efforts with a focus on rural areas. Bounce (Texas Baptists’ student disaster recovery program) plans to send volunteer teams to the Gulf Coast during spring break and summer 2018. Buckner International is donating 12,000 pairs of shoes collected through its Shoes for Orphan Souls initiative to survivors of Hurricane Harvey.

Posted by Jorge Zayasbazan at 10:14 PM No comments: 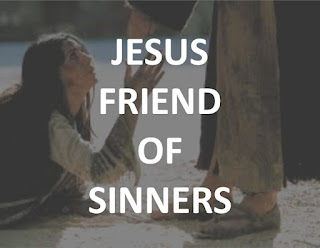 One reality of urban ministry is that we encounter some “extra grace required” people. Folks living with mental illness, poor manners, a shady past or all of the above. Maybe, folks with shabby clothes and poor hygiene that reflect their financial poverty. They require a measure of tolerance, patience, love and extra grace. At times they will need to be gently corrected or quickly rebuked. Often, they will need to be forgiven.

Some fear that “extra grace required” people will chase away the “right” people. There is a measure of truth in that. They disrupt the religious club vibe that we often confuse with koinonia. That's why they are made to feel unwelcome in many churches. That's why many inner city church members look different than the surrounding community.

Jesus was criticized for hanging out with the “wrong” people. He was called a “friend of sinners” for spending time with prostitutes, Samaritans, tax-collectors and others outside of polite society. His Apostles included a tax-collector and a terrorist but no high society folks.

James (2:1-9) warns us about showing partiality to the “right” people who enter our assembly while ignoring those who appear to be less successful. Throughout the Bible, God demonstrates his choice of people that would be overlooked by the standards of the world to carry out his plan. He chose Jacob over Esau and David over his older brothers. “But God chose what is foolish in the world to shame the wise; God chose what is weak in the world to shame the strong.” - 1 Corinthians 1:27 (ESV)

God sends “extra grace required” people into our lives to teach us how to love. They, too, are part of the Body of Christ. Jesus said, “Truly I tell you, whatever you did for one of the least of these brothers and sisters of mine, you did for me.” - Matthew 25:40 (NIV)

Sometimes a church will pray for God to bring them people and, then, complain about the people God sends but an effective inner-city church brings people who are living in darkness into the light of Jesus' love.

The people walking in darkness
have seen a great light;
on those living in the land of deep darkness
a light has dawned.
Isaiah 9:2 (NIV)
Posted by Jorge Zayasbazan at 5:48 PM No comments: