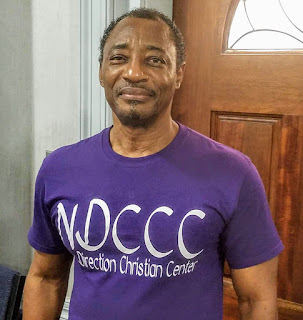 When Oliver Moffett was 10, he and some cousins spent a week of spiritual reflection at his grandparent’s house. His grandfather was pastor of Free Mission Baptist Church in New Orleans. For a week, without television or distractions, they were to pray for spiritual breakthrough. Oliver committed his heart to Christ that week.

While serving under Pastor L.C. Griffen at St. Stevens Baptist Church in San Antonio, Oliver became more involved in the church’s ministry and dug deeply into God’s Word. He had a hunger to serve and to learn. One night, he felt a clear calling to ministry. Several people, including his pastor, confirmed Oliver’s call. He preached his first sermon at St. Stephen’s in April 1980 and was ordained at Golden Gate Missionary Baptist Church, San Antonio, in 1984. He was mentored by Pastor Griffin and, also, Pastor Smith of Golden Gate, as he studied the Bible and spent much time in prayer and meditation.

In 1994, Oliver started New Direction Church in his home with seven people. As the congregation grew, the young church worshiped outdoors in a park and then, at the Davis-Scott YMCA. Continuing growth led them to rent a warehouse in the Eastside in 2000. There they grew to 200 in worship with room to expand. New Direction was not able to hang on to the warehouse and moved first to the Eastside Boys and Girls Club and then, back to the YMCA.

New Direction’s mission is building and rebuilding families back to God. They are a welcome part of the multidimensional ministry of the Baptist Temple Campus.

Posted by Jorge Zayasbazan at 9:11 PM No comments: