Can a dying church bounce back? 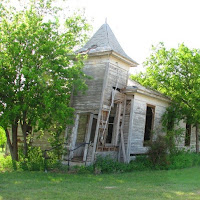 A recent ABP article (A Time to Die: When churches die, can they live again?) identifies several options a dying church might take when it feels that death is unavoidable. These include adapting to the changing needs (and demographics) of the community, move to another location, share the facility with other churches and community organizations, merge with another congregation, start over again as a different kind of church, or disband. All of these options have challenges and rarely work.
One Miami church, while unable to survive the neighborhood’s transition, managed to be a vital witness to the community to the end thanks to help from their friends.
The predominantly white, middle-class church was quite large until the Interstate cut through the neighborhood. The members moved away and the population became poor and racially mixed. As in many situations like this a remnant remained of the church members who wanted their church to survive. They called one of their members to be pastor. He was retired and his pension and the parsonage provided all he needed.
The church members did not have children but summer missionaries conducted VBS and gave birth to a Sunday school for kids. A nearby church sent workers and the church taught GED and ESL classes during the week. The congregation soon reflected the demographics of the community.
The congregation sponsored a Haitian Mission that eventually took over the building.
These efforts gave a dying church a second life ministry that was more vibrant than it’s first life as an inward-focused suburban church.
Living Springs Church of San Antonio will host a conference for leaders of churches in transition and new church starts on March 26-28. I will be speaking on the first night,
Click here for more information about the “It’s Time” conference.
Posted by Jorge Zayasbazan at 11:02 AM