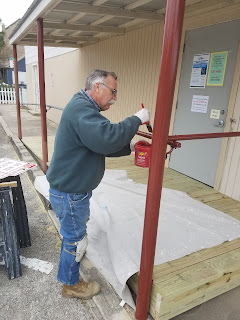 Work was God's idea. He told us to fill the earth and subdue it. (Gen. 1:28) Tending the garden of Eden was humanity's first job. (Gen. 2:25) The book of Proverbs is filled with praise for industry. “Those who work their land will have abundant food, but those who chase fantasies have no sense.” (Prov 12:11)

In the beginning, work, like everything else God created was good. However, when sin entered creation, work became cursed. “Cursed is the ground because of you; through painful toil you will eat food from it all the days of your life. It will -produce thorns and thistles for you... By the sweat of your brow you will eat your food.” (Gen.3:18-19)

This is why T.G.I.F. is such a popular cheer.

Part of the curse it includes the desire to accumulate more. How much is enough? John Rockefeller, one of the richest men of his time, said, “Just a little more.”

During the stone age, women gathered, men hunted for about 15 hours a week. In three hours of work, primitive societies could gather three 3 days of food. People had time to develop culture and improve tools and technology. People learned to play music and painted in caves. As trade developed, cities emerged.

The Industrial Revolution brought about remarkable change. Factories were able to exponentially increase productivity. As more goods were created more was desired. The desire to have more led to the exploitation of workers and the environment and created a shift in the way society thinks of a person without a paying job. They were considered unsuccessful, even lazy. This included homemakers. The Great Depression reinforced this notion that everyone needs to have a paying job.

The boom years following WWII accelerated America's economic growth. People needed to earn money to spend on things that we were producing. Advertising fed consumerism and made credit card debt a way of life for most Americans. We buy things we can't afford to impress people we don't know. Comedian Lily Tomlin put it best when she said, “The trouble with the rat race is that even if you win, you're still a rat.”

It doesn't have to be that way. When we separate the idea of work from the the idea of money, we gain freedom from consumerism. We learn to value people who stay at home to raise children, even when they are men. We find meaning in our work.

Jesus came to earth to reverse the curse. “The reason the Son of God appeared was to destroy the works of the devil.” (1 John 3:8)

We can enjoy our work without being part of the rat race. Meaningful work is more than a salary. I met a nurse on a medical mission trip in Ecuador, who worked enough to raise the required funds for his next mission trip. He found it easy to find temporary jobs. He found a greater purpose in his work beyond the accumulation of things.

There are many who take jobs teaching ESL in order to be able to live abroad. Others work in ski resorts and other recreational areas to enjoy the outdoors. Some give up large salaries to serve God as missionaries and parachurch workers. They put in long hours because they love what they do. For them the curse has been lifted.

Posted by Jorge Zayasbazan at 4:58 PM