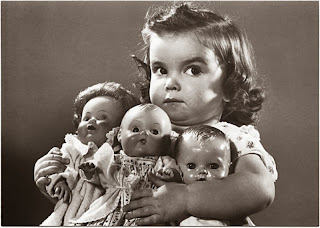 “No one can serve two masters; for either he will hate the one and love the other, or else he will be loyal to the one and despise the other. You cannot serve God and mammon.” (Matthew 6:24)

Jesus' greatest competitor for our devotion is Mammon. More than merely money, Mammon is the personification of wealth; “the almighty dollar.” It is one of the principalities and powers about which Paul warns us. (Ephesians 6:12)

Followers of Christ make economic decisions based on biblical principles. Placing God first in your life will have an impact on both your giving and how you spend the rest of your money. It will impact your work life, too.

Economists, politicians and individuals will say that the church should stay out of economics. It's complicated and has a life of its own. Jesus answer to the economists, politicians and businessmen who were exploiting the people was to knock over the money-changers' tables in the Temple court. In fact, the Bible speaks more about economics than any other topic. Jesus spoke about money more frequently than any other subject except the Kingdom of God.

If God is not in control of your finances then Mammon is. Jesus said you cannot serve both. This goes all the way back to the first commandment: “You shall have no other gods before me.”

Being wealthy is not evil. Abraham, Job and Solomon were wealthy. So were Nicodemus, Barnabas and Lydia. Jesus told stories that championed the clever use of money. At the same time he gave warnings such as, “…it is easier for a camel to go through the eye of a needle than for a rich man to enter the kingdom of God.” (Matthew 19:24)

Jesus identified money as a root problem in both the rich young ruler and the rich man in the Lazarus story even though it seems that both earned their wealth honestly. The successful farmer who was going to build bigger barns gained his wealth through honest industry but Jesus called him a fool. (Luke 12:16-21)

Mammon is not content unless it takes over all other priorities. Even the very rich still want more. “For the love of money is a source of all kinds of evil. Some have been so eager to have it that they have wandered away from the faith and have broken their hearts with many sorrows” (1 Timothy 6:10).

You can resist Mammon's influence by following biblical principles including tithing, refusing to exploit others for financial gain, and considering the impact of your purchases on your finances. Practical measures include taking a financial management class based on biblical values and gaining a clear understanding on how money makes you feel.

Money under God's control leads to generosity and peace.
Posted by Jorge Zayasbazan at 9:56 PM

I know that with Christmas coming that money will be spent by many people in buying Christmas presents, and gift giving should be fun. Unfortunately, I am starting to see that we tend to give our children/grandchildren too much! We are creating greed and instilling it in our children. It is time to give to those in need and to help those who need help. I have seen children with their rooms filled with toys, but they play with only a few. They want and they want each time they see a toy commercial, but they probably won't even play with it if they did get it. And yes, I am so guilty of this when it comes to my grand kids. But this year it will be different. I realized that it is more of a blessing to just take them to church, to the park, or just to spend time with them at home. They are not going to remember the stuff you gave them, but they will always remember the time you shared with them. God blesses us daily; we need to share those blessing with others.
When I hear my 3 year old singing "Jesus loves me this I know...."; I know that giving back to God is so very important.

It's hard to resist the slick advertising gimmicks.