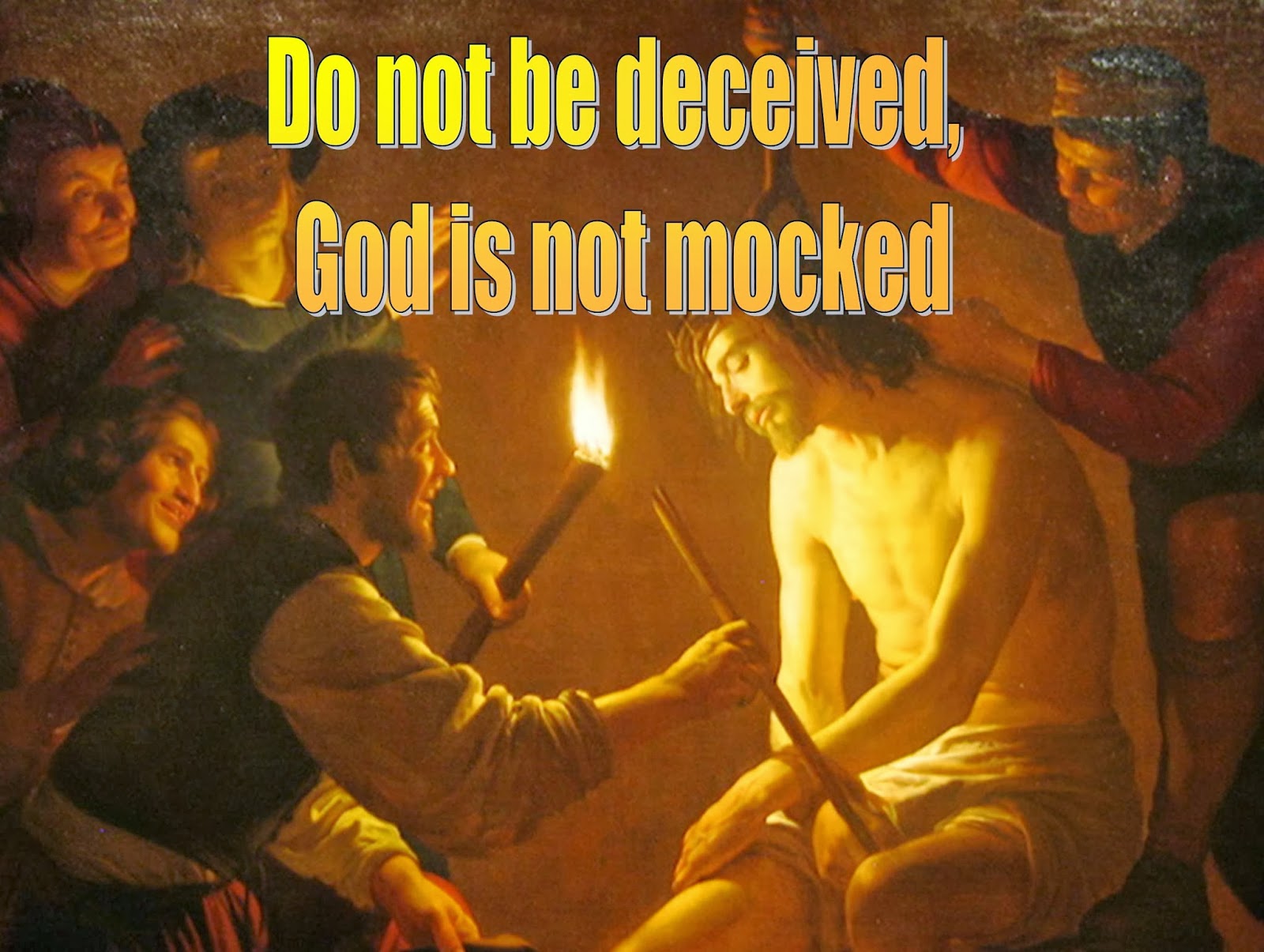 Jesus was turned over to the soldiers to be beaten and whipped. This was great sport for the soldiers who were allowed to do with the convict as they pleased. They dressed Jesus in a fake royal robe and forced a crown of thorns upon his head. “Hail, King of the Jews,” they would say as they struck him and spat on him.

The soldiers did not mock Jesus for what he did. He never spoke against the government nor called for riots or protests. Instead, he demonstrated compassion and concern for the poor and forgiveness to all who repented. He was mocked for the darkness revealed in their souls. They refused light, preferring to remain in darkness.

People still mock Jesus. “In the last days scoffers will come, scoffing and following their own evil desires. (2 Peter 3:3)

The rich and famous continue to indulge in depravity and mock God. Justin Beiber's wild rampage is just one example among so many. Jesus is mocked on TV, in songs comedy routines and political speeches.

Jesus shows us how to respond. He did not retaliate when false charges were brought against him. He knew what was coming and he warned his disciples, “We are going up to Jerusalem, and the Son of Man will be betrayed to the chief priests and teachers of the law. They will condemn him to death and will hand him over to the Gentiles, who will mock him and spit on him, flog him and kill him.” (Mark 10:33-34)

Jesus used the hatred, the mockery, and the cruelty to bring God's will.

In America, the First Amendment allows you to speak your mind; even if your mind is full of immoral thoughts and blasphemy. On the other hand, God's Word is working against the mockers: “Do not be deceived, God is not mocked; for whatever a man sows, that he will also reap. For he who sows to his flesh will of the flesh reap corruption, but he who sows to the Spirit will of the Spirit reap everlasting life.” (Galatians 6:7-8)

God can turn mockers into missionaries. A man named Saul of Tarsus persecuted the early church. A visit from Jesus turned persecutor Saul into Paul the missionary. He tells us in Romans 12:17-21, “Do not repay anyone evil for evil. Be careful to do what is right in the eyes of everyone. If it is possible, as far as it depends on you, live at peace with everyone.”