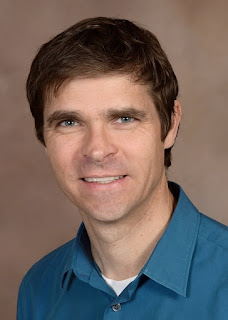 Jonathan was called as Minister of Music to Baptist Temple in January of 2001. He had recently graduated from Southwestern Baptist Theological Seminary with a Master of Music after earning a Bachelor of Music from Oklahoma Baptist University.

Born and raised in El Paso, Jonathan became a Christian at the age of six and was baptized at Immanuel Baptist Church. He remembers struggling to understand what he was to do to become a child of God. He had sensed God's call into ministry since about the second grade but began to really consider God's call while finishing high school.

Jonathan stepped out in faith and discovered a fantastic world of worship. God called him into the area of music and worship. A call has been continually confirmed throughout his time in college and seminary studies. He discovered within himself a concern for corporate ministry to God, to the people of God, and to the unsaved community.

In 1991, he was licensed at Immanuel and served churches in Oklahoma and Texas. Jonathan is the recipient of several music awards including the 1995 Oklahoma Music Teachers Association Regional Voice Competition. He placed first in the college men’s division at the National Association of Teachers of Singing and was chosen as a member of the National Men’s Honor Choir by the American Choral Directors Association, both in 1995. In 1994, he received Oklahoma Baptist University’s, Helen Gaskin Church Music Award.

Jonathan found his concern for ministry was most effective when applied with concern for the individual. He has best been able to address this concern through creativity in ministry and worship and by organizing and using ministry resources. He believes that the church's responsibility is twofold. One responsibility is ministry. This means ministry to God first, then to the people of God, and then to the lost community.

The church's additional responsibility is making disciples. He believes that evangelism is essential for a healthy church ministry. He is still growing and learning as a Christian and a servant, and desires to be more Christ-like.

During his time as Minister of Music, he worked with choirs of all ages, leading tours and music camps. Purchasing handbells, he formed a handbell choir and took them on tours, and to workshops and festivals. His creativity enabled him to direct Easter and Christmas cantatas and transition our worship to a blended program with a worship band. Jonathan, also, supervised technical upgrades to our worship service including a new sound system, video projector and upgraded lighting.

Jonathan was promoted to Executive Pastor in 2018, which includes supervision of our early learning center. In a short time, he was able to bring financial stability to the early learning center, while raising academic standards and making teacher payrates more competitive.

During the pandemic, he secured a Paycheck Protection Plan loan to ensure our employees would still receive pay. Furthermore, we were able to provide childcare for the children of essential workers, purchase another van and grow our after school ministry.

A significant achievement for Baptist Temple in 2020, under Jonathan's supervision, was the completion of our inclusive playground. A place where children with disabilities can play with their friends of typical ability. The total cost of the project was nearly $250,000 in cash, material donations and volunteer labor.

As we emerge from the pandemic, Jonathan is helping Baptist Temple to expand and strengthen our ministry to the physical and spiritual needs of our community.

Posted by Jorge Zayasbazan at 1:14 PM

God has truly blessed Temple with the service of Jonathan Clark. WOW!! Thank you Jonathan for always being willing to serve God under all those hats mentioned. We admire the Christian man, father and family man that you have grown up to be not to mention Executive Pastor.
Blessings, Marisa