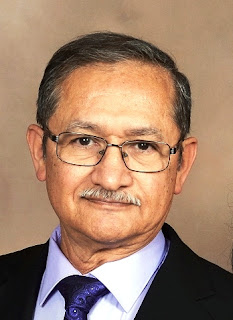 Born and raised in San Antonio, Ernest Alvarez showed an early interest in music, singing in his middle and high school choirs. He studied electronics at San Antonio College, served a tour in the Army, and worked for Southwestern Bell Telephone from 1974 until his retirement in March 2009.


On June 17, 1976 Ernest committed his life Jesus Christ at Lakeview Baptist Church under the ministry of Pastor Johnny Hutchins and later joined First Mexican Fundamental Baptist Church, where met met Bertha. They were married in 1979.

His early ministry involved driving the church bus and teaching children's Sunday School. Later, he would lead worship at Pyron Avenue Baptist and Hot Wells Baptist Church. In 2008 he joined Baptist Temple where he was ordained a deacon and is currently attending Stephen Ministry Training. At BT Ernest has sung in the choir, played in the praise band and worked the sound board among other ministries.

Recently, Ernest was elected chairman of the board of directors of KBIB, a-Spanish-language Christian Radio Station in San Antonio. This reflects an entrepreneurial spirit that has led Ernest to start a graphic arts business and a Spanish language Christian book store.

Ernest believes that being a deacon fulfills his desire to help people in times of need and appreciates how Baptist Temple encourages and empowers people to serve. "I like the fact that there are so many opportunities to join in different ministries to serve the church and the community,” he said.

Posted by Jorge Zayasbazan at 2:57 PM