Responding to a disruptive pandemic 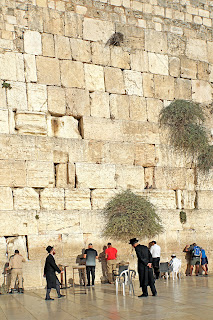 By the rivers of Babylon we sat and
wept when we remembered Zion
Psalm 137:1


To better understand and respond to the disruption to society that the Coronavirus has created we can turn to the Bible and study the Babylonian Captivity.

It was the end of worship as they knew it. The Temple was destroyed and the Jews were exiled to Babylon. No more sacrifices at the Temple; the Priests and Levites were left without jobs. It was no longer business as usual but God's people adapted.

Synagogues were organized for prayer and teaching of the Scriptures. The Scriptures became the authoritative and central to worship. They were transcribed using the Hebrew alphabet we know today and men were taught to read it. Scribes and scholars (teacher of the Law) emerged as leaders. When a remnant returned to Jerusalem and rebuilt the Temple, the majority remained scattered around the world.

God used these events to shape the world into Jesus which was born. Jews who were able to read the Scriptures were scattered throughout the known world and gathered in synagogues. In Luke 4:16 we read, “He [Jesus] went to Nazareth, where he had been brought up, and on the Sabbath day he went into the synagogue, as was his custom. He stood up to read.”

Paul would go from synagogue to synagogue preaching the gospel. In Acts 17:11 we learn, “Now the Berean Jews were of more noble character than those in Thessalonica, for they received the message with great eagerness and examined the Scriptures every day to see if what Paul said was true.

This terrible disruption in the nation of Israel prepared a people who were living in darkness to see a great light. Is the disruption we are experiencing now preparing us for a great movement of God. Is this the beginning or a warning to prepare.

The church has made use of new technologies as they have arrived including printing, radio, telephone, TV, cable, computers and the internet. Technology is moving faster than ever but churches are adapting unevenly. This month churches are using a variety of methods to hold worship services. While the quick action is remarkable, it is possible that the answer goes beyond moving our worship online.

One of the Seven Trends for Churches in 2020 reported by church consultant and author, Thom Rainer, is that worship service size preference is shrinking, Gone are the days of large worship venues. The preferred number is 300 and existing large venues may experience financial strain in the next few decades.

Also, it seems that many people prefer to worship at a time other than Sunday at 11 o'clock. People want options. In the near future, large churches will offer multiple services in smaller sanctuaries.

Baptist Temple has been ahead of the curve with these trends, offering seven worship opportunities on Sunday for groups ranging in size from 150 to 15. During the week an elementary/middle school and an early learning center use our facilities along with numerous service organizations. We have become a vital hub to our community by ministering to both spiritual and physical needs and, by sharing our facilities, we have multiplied ministry while dividing costs.

The world has changed and we need to be prayerfully preparing our next steps. Even if things were to return to they way we were before, we cannot ignore what God has revealed.

Posted by Jorge Zayasbazan at 7:49 PM

Thanks Jorge for your relevant message in a time of disruption.
Blessings - Josue Valerio

Certainly, it’s a pause for thought and prayer.

What’s happening certainly is pause for thought and for prayer.
Lin Leeth